How often do you get urges to eat?

How many times a day do you get an urge to eat something even though you know you aren’t hungry?

How do you usually respond to those urges?

For me, my most common urges come when I am bored or tired.

I wasn’t always aware that I was having an urge.

I just thought I was hungry.

An urge is a desire to eat. It feels “urgent”.

I would usually respond to the urge by overeating.

I would sit and eat a dozen crackers and hummus without giving it a second thought. Or a sleeve of cookies.

I would do this everyday at work before lunch.

It was my mid-morning snack.

I felt “hungry” at that time everyday.

I didn’t realize that by responding to the urge to eat, I was giving my brain an immediate reward.

That “reward” created a “thought” cycle.

Now there is nothing wrong with a mid-morning snack.

But for me I wasn’t really hungry, I just bored and my brain always reminded me that it was time for a snack.

And, the downside was that my pants were feeling a bit too tight.

Once I became aware that my brain was offering me this thought, I realized I really didn’t need to eat between breakfast and lunch.

That’s when I began to just allow the thought and the desire to eat to be there without responding to it.

And it went away eventually.

It felt uncomfortable for a while.

But the more times I just allowed the urge to be there, and allowed myself to feel uncomfortable, the thought eventually stopped showing up!

Try it and see if it works for you!

It does take time and lots of practice (and fails).

So be patient with yourself!

Sign up for my newsletter to receive the latest news and blog posts delivered to your inbox.

Facebook
Twitter
LinkedIn
PrevPreviousThe #1 Tool You Can Use to Lose Weight
NextHow to keep going when you want to quit!Next 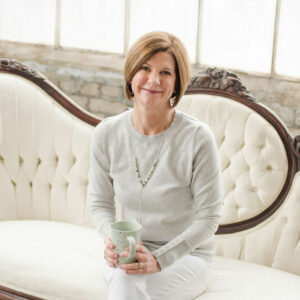 As a Certified Life and Weight Loss Coach  I work with women in midlife and beyond to help them lose weight for the last time, so they can live with more ease and have way less stress around weight, food, and how they look.

LEARN MORE ABOUT ME

Download your free guide so you can start losing weight now! 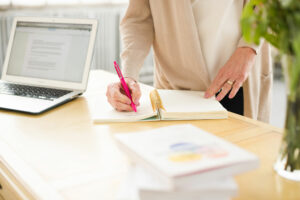 Through my private coaching program, you’ll learn HOW to stop overeating, by learning how to  manage your emotions and your mind. Then you can begin to make better decisions around food once and for all!

5 Quick Steps to Losing Weight in Menopause and Beyond

If you're really serious about losing weight and g

Give yourself a gift 🎁 and grab my FREE video a

You can eat your favorite foods with control and c

Have you ever said "I need to take better care of